and it feels good!! It was in my positioning class and we had a written exam and also a lab proficiency to test off on. I did pretty well on both.

I passed the proficiency just fine. It consisted of being given 3 different positions (ex. Right Anterior Oblique, Supine, Erect Posteroanterior, etc) and then instructing a partner from the class how to get into that position. It helped that your partner was studying for the same positions so they could anticipate what the position would look like.

The written exam was 60 questions on the first 3 chapters of our positioning book. It was on scantron so he corrected everyones while we were doing our lab proficiency and I got a 90%. Not bad, but not as good as I thought I would do. I made some stupid mistakes, like misreading the question or not reading all the answers before making my choice. I hope my test taking skills will come back to me as we take more exams. 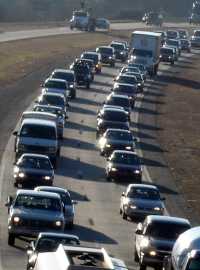 The worst part of the day was actually the drive to class this morning. There was a major accident on the road between my house and the highway and it tied up traffic pretty bad. Plus I had already been running late getting going in the first place. I ended up getting on the highway going the wrong way, going down to the next exit, turning around and getting back on the highway going the right way. Although this we totally out of my way, I am convinced I would still be sitting there waiting to get onto the highway had I not done it.

Then, once on the highway, the traffic proceded to be the worst I had ever seen it. Through in a couple of accidents here and there and just plain idiot drivers (see my last post) and I ended up being about 5 minutes late for class. I know this probably doesnt seem like much but I am usually there about 15-20 minutes early, plus this was a test day, so my anxiety level was already pretty high by the time I walked into class. I can already see that traffic is one thing I hate about Phoenix.

Anyway congradulate me on finishing my first exam. I ONLY have 2 more this week...YAY!! (note the sarcasm). The studying never stops!
Posted by Dustin at 10:51 AM

Congratulations on doing well on your exams

Nice score Dustin, keep up the good work. It was a great start to your new adventure.

Glad you are enjoying your course! It's interesting to see how they structure the course over there. Really surprised you had an exam already - my first one was at the end of the first semester!