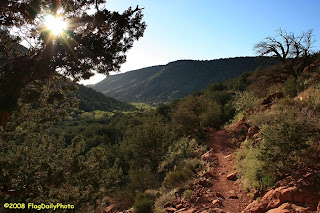 Well, I imagine there aren't too many readers left for this blog and it's my own fault. But if anyone is still left out there, here's an update.

I graduated in late December of 2007 and took the registry exam 2 days later. Unfortunately, the results took a couple of weeks to get to me, but when they finally did, I found out that I PASSED!! I ended up getting a score of 96, not too bad if I do say so myself. I was hoping for at least a 90 and was VERY pleasantly surprised when I got the results.

A little about the registry exam.....It was very serious business. They fingerprint you before you go in to take the test and then scan your fingerprint again if you leave to use the bathroom and then again when you come back. You are monitored via cameras the whole time to make sure no one cheats. The online account that my school provided use for doing practice tests and for studying before the exam was very similar in format to the registry exam software, so it already felt familiar when I sat down. I believe you are allotted 4 hours to take the test but I finished in 3, even though I was shooting for getting done in 2. Other than that I can't really say much about the registry exam. It felt VERY, VERY good to get it over with and although I came out of the test not feeling very confident that I did well, I at least knew that I had passed. Our teacher had told use over and over in class that if you feel like you failed coming out of the exam it is actually a good sign and it likely means that you passed. It was true in my case as well as several other people from my class to whom I talked after taking the exam. Either way, I am very happy to have it over with.

The most annoying thing about it all was that it took several weeks (about 6) to get my actual license in the mail and unfortunately, in the state of Arizona, you can't work until you can produce your actual license for your employer. So I spent the better part of January at home on my butt, unable to work. But once I got the license I started work right away at Flagstaff Medical Center here in Flagstaff, Arizona. However, since a full time position was not open they hired me on a per diem basis, which means I am not garanteed any hours each week, but rather fill in for people when they are sick or on vacation. Unfortunately, I'm still waiting for a full time position to open up but it has worked out fairly well so far. I have averaged about 28-30 hours per week for the past several months. However, it will be very comforting to finally have a concrete, full time position, which may happen in July sometime. Keep you fingers crossed for me.

So that's where I am now. I still love my work (most days! :-) and still learn something new each day. I am feeling much more comfortable in surgery, which was a weak spot for me for a long time. My skills were recently really put to the test when there was an 80 car pile up on I-40 just outside of Flagstaff and the ED was immediately flooded with about 50 injured people. The hospital called a Code D (disaster code) and called in extra employees from every department. It was amazing to see all the techs working so fluidly and it felt good to be part of that team.

Anyway, if there is anyone left reading this blog I thank you for hanging in there with me. I still plan to update it from time to time and let you know my progress in my career. My future plans involve landing a full time position (obviously) preferably on day shift, as well as getting cross trained in bone densitometry. After that who knows!

Another major change in my life is that my wife and I finally bought our first house. We close on it on July 31st, and can't wait to have a place of our own. Flagstaff homes are very expensive in relation to the average income, so getting into the market is very hard. Fortunately, because of the burst of the housing bubble, it's a buyers market and we were able to find a great house that was in our price range that we would never have been able to afford 2 years ago, even if I hadn't been in school. In short, 2008 is shaping up to be a great year. :-)
Posted by Dustin at 11:14 AM 8 comments: