How It Works - CT Scanners

The next installment of my ongoing series called “How It Works” has to do with Computed Tomography, frequently referred to as CT imaging. Like conventional x-ray imaging, CT imaging uses x-rays to make images of the human body. However, CT imaging uses computers and a moving x-ray tube to obtain 3-dimenional, high-resolution, high-detail images of anatomical structures.

The CT scanner was developed and demonstrated by Godfrey Hounsfield, a British physicist working for EMI, Ltd. Originally developing the idea in 1967, the first working prototype was unveiled in 1972. Atkinson Morley's Hospital in Wimbledon, England was the first institution to use a CT scanner to scan a patient. The first CT scanner sold in the US was to Massachusetts General Hospital and George Washington University for $390,000.

The first CT scanners were very limited in their applications compared to those used today. Primarily used to scan the brain, the earliest scanners could only form axial (horizontal) images of the human body; that is, a slice from side-to-side, similar to a slice of bread (see picture below). Thus the name Computed Axial Tomography, or CAT scan, was used to describe a scan from this machine. However, this name is no longer accurate, as today’s versions make it possible to see almost every structure in the body in a coronal, sagittal or axial plane, often in a clear 3-D view. Therefore, the term Computed Tomography, or CT imaging, has been adopted.

Axial, Coronal and Sagittal planes of the body 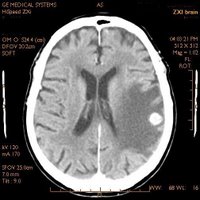 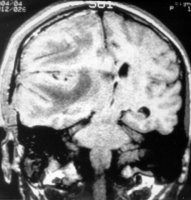 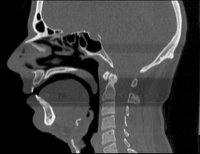 The CT scanner is a complex machine that relies on electronic/digital as well as mechanical equipment to make an image. The patient is placed on a movable platform that is raised and “inserted” into a short tube that looks something like a large donut. Within this tube is a revolving x-ray tube and image receptor (IR), or sensor. As the scan begins the x-ray tube begins to spiral around the patient emitting a thin curtain of x-rays as it moves. Directly across from the tube (on the other side of the patient) is a sensor that picks up the x-rays after they have passed through the patient, collects the data and transfers it to a computer. The computer then uses complex algorithms to form a visual image from the data and projects it onto a computer screen. 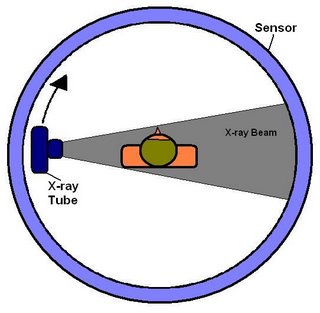 View of inner workings of a CT scanner; tube revolves around patient.

With conventional x-ray, different anatomical structures are superimposed on top of each other and often cannot be clearly seen on the x-ray image. However, with CT, because the x-ray tube and IR rotate around the patient’s body scanning it from all angles, it is able to combine all the data it receives from the scan into a comprehensible image for the doctor to evaluate. This is one of the reasons CT imaging is often considered “superior” to conventional x-ray imaging. However, there are some considerations to keep in mind.

A patient generally receives a higher dose of radiation when receiving a CT scan than a conventional x-ray. This is because the patient is being exposed to radiation during the entire time the CT is making its scan, which can last up to several minutes. However, with conventional x-ray the patient is exposed to just a brief emission of x-rays, often measured in just fractions of a second. This is why conventional x-ray is still used for simple imaging procedures such as a broken arm or finger or chest x-rays. Also, CT machines are not portable, so the patient must come to the machine, where as mobile x-ray units allow the machine to come to the patient’s room to make the image.

Overall, the computed tomography has proved to be an invaluable asset to medical imaging and has saved countless lives, whether from helping a doctor diagnose a brain tumor or allowing a surgeon to identify a brain bleed in a car accident victim. As technology advances it is likely that CT scanners will become faster, more precise and more compact, and will continue to allow medical professionals to save lives.

I found your blog from "Confessions of a Student Nurse". It's very interesting. You're wife was very nice for letting you practice on her, I hope my husband does the same. :o)

A useful link for those wanting to learn more of CT is http://www.ctisus.com

Okay, so there is something *very* wrong with that guy's head in the first two pictures. Is the dark line on the sagittal view just an artifact of some sort?

I went back and tried to find the site i got the pic from, but unfortunately I wasnt able to find it. It did say something about the pathology demo'ed on the image but i cant remember exactly what it was. I think a tumor of some kind. Maybe someone else can lend a suggestion as to what it is.

And, yes, as far as I know, the dark line in the sagittal view is a artifact of some kind. Or maybe just a poorly produced pic for the internet. who knows.