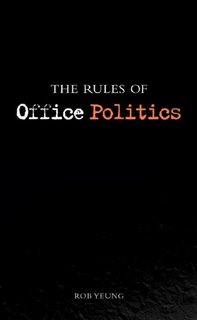 Office Politics! Man, I hate that sh!t! Even though we don't work in an office, per se, the politics are there, none the less.

Generally, I try to stay out of office politics. People playing each other off each other, mini vendettas, gossip, grudges; they all seem to get in the way of actually working and doing a good job, but always seem to worm their way in anyway.

Since I've been at clinicals for almost 3 months now at 32 hours per week, people are starting to see me as a coworker rather than a lowly student. So as a consequence, I'm starting to get included in conversations about how so-and-so is a lazy worker and should be fired or how such-and-such is her fault. I prefer to work in a team-oriented atmosphere and I'm starting to realize that that idea might be a little naive, at least at my clinical site.

For the most part everyone puts on a happy face and works efficiently together, if not completely amicably. But once a person leaves the group, they usually start talking about him or her and how they would have done such-and-such differently. I quietly listen and keep my mouth shut. People have a right to vent, but when things get personal thats when I draw the line. I am not there to bad mouth people or talk about how the director sucks, I am there to learn and be taught so I stay as far away from the gossip circle as possible.

The thing that really bothers me is that they usually talk bad about a person who is just having a bad day or even someone who has screwed up just once and had to repeat an exam. So that starts me thinking, "My god, I repeat stuff all the time. What must they say about me, the idiot newbie student." But at the same time I tell myself "Hey I'm allowed to screw up from time to time. Thats why I'm here, to learn. Even if that means learning from my mistakes." So in short, I try not to include myself when the group starts gossiping, and just hope that whatever goes around about me is minimal in its personal attacks on my character. What else can I do, right?
Posted by Dustin at 4:40 PM

I hear ya on this subject. I'm almost done with my first clinical rotation, but for the most part everyone seems to get along and work well together.

Of course, not unlike any other place of business, the things you have described in your post also occur at my clincial site. And, like you, I just try my best to stay out of it.

I don't really know the people I work with that well (since I've only been there about 7 weeks) and I just don't feel comfortable in those sorts of situations. Who am I (or even they) to judge others. They're not perfect either.

I just have the same attitude as you: I'm a student, I'm there to learn, and yes I'll probably, make that definitely, make mistakes but that's just part of the learning process!

Other than the annoying office politics, I hope things are going well for you at clinicals!

I find it interesting how certain careers lend themselves to gossip and that sort of behavior. I think it has to do with working in such close proximity with a group of people.

At the radiology dept, where I initally performed my observation, things were so bad the hospital admin cancelled all procedures for the day and called in a conflict resolution specialist -- and all staff were required to attend!

haha, unfortunately, you're going to find that in many places that you go - be it a hospital, clinic, or hotdog stand :P

My first clinical was really bad for gossip. I can remember techs standing in a group and talking; once someone left, then they were the new subject with only bad things to be said. It was quite the culture shock.

My advise is just don't talk about anyone - and if you have to, make sure it's not negative talk. Sound travels so easily and you never know who's around. Even if that person isn't scheduled that day - they may have popped in to drop off their TLD or something and over hear you.

Now, hurry up and graduate - the world of healthcare needs you!

Hey Dustin!
It's been a long since since I've stopped in! Glad to hear all is well...despite the gossip! Gossip is all around us no matter how hard we try to stay out of it's gravity force. I've had my fair share that's for sure! I agree with you, why can't we just do our jobs and take the best care of our patients??? Oh well, maybe in a perfect world! Take care!!!